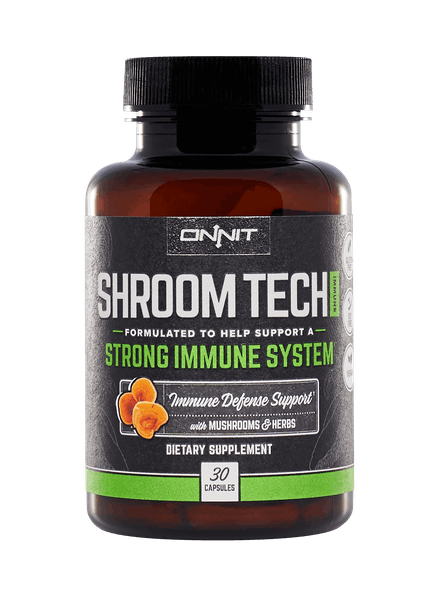 When your system is under attack, the integrity of your cells is the first thing that gets tested. Two ingredient blends—the Onnit Myco-Immune Blend and Nutri-Immune Blend—work to support the immune system and maintain cell structure to help keep the wrong things from getting in and making you feel bad.†

As its name would suggest, the leading blend in Shroom TECH Immune is a unique combination of mushrooms, including Chaga, a fungus that grows on the bark of birch trees in cold areas, and has been used as a medicinal tea in northern Europe for generations.

The “magic” in these mushrooms lies in their polysaccharide content—compounds that play three key roles in keeping you healthy.†